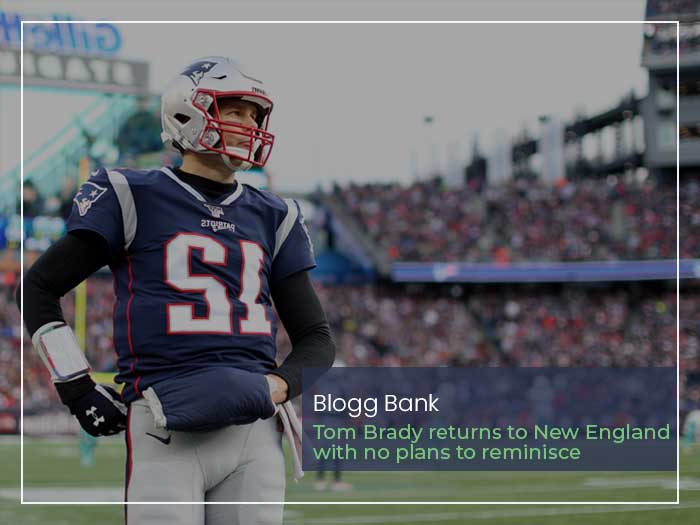 Tom Brady, Tampa Bay Buccaneers quarterback is well aware of the talk that is around the big game against New England on Sunday night. For him, the game means a lot more since he is returning since he left in free agency after 2 decades with the franchise.

In his 20 years with the franchise Brady has guided the Patriots to six Super Bowl titles. He is looking to create new memories with his return and doesn’t plan on reminising on the past victories.

On the Podcast “Let’s Go!”, Brady clearly stated “I’m not going to necessarily reminisce,I don’t think this is the moment for that. I’ll have plenty opportunities to reminisce about my football career — none of it, none of which I really care to do right now because I’m so much in the moment. I’m not going to be thinking about 20 years of history. I’m going to be thinking about one night of football, a Sunday night game coming off a really tough loss.”

Despite the constant speculations of Brady’s relationship with the Patriot’s head coach Bill Belichick, Brady clearly stated that being with the franchise for 20 years, he has great respect for Bill and he has been a great mentor to him.

This Sunday could be a nail biting encounter, where Brady and Bucs would want to get some wins under the belt as they go up against the Patriots who have lost two of their first three matches.

With so much on the line, the world will surely be watching this epic encounter to see who comes out on the top.