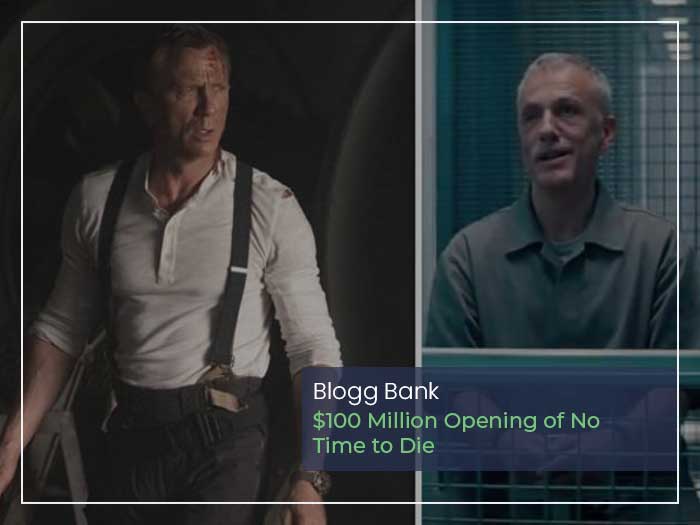 The name Daniel Craig has become synonymous with James Bond and is all set to break box office opening weekend records in his final & toughest mission till date.

“No Time to Die” made its international debut last weekend and has made a huge $121 million. If we consider the excitement around 007’s latest adventure overseas as an indication of domestic numbers, then we are all set to see the franchise records being broken this coming weekend.

As per speculations, “No Time to Die” is to bring in $60 million to $ 70 million on the weekend opening in the US and Canada. According to some box office experts, these numbers may even be higher with ticket sales surpassing $75 million to $80 million.

With the expected numbers, “Venom: Let There be Carnage” will continue to hold its position, when it exceeded all expectations and went on for a $90.1 million opening weekend.

For the Bond franchise, however, “Skyfall” which was launched in 2012 currently has the highest grossing weekend, where it made $88 million in North America. Not only this, but it is the only movie from the Bond franchise, which has surpassed $1 billion at the global box office. With the speculations, the debut for “No Time to Die” will be following the same route that its predecessor “Spectre” did in 2015, with an opening of $70 million.

The online ticketing service, Fandango, has already sold out hundreds of shows for “No Time to Die” around the country and the theatre owners are adding more shows to meet the crazy demand. It is also important to note that the sales for the last Daniel Craig installment of the Bond series is outpacing F9: The Fast Saga and Venom: Let There be Carnage is the prebooking sales cycle. The movie is set to become Fandago’s top pre-seller in Bond series.

The hype around “No Time to Die” is justified, as a film of such spectacle is best appreciated on the Big Screen. The film offers everything that every film fan could ask for, including, classic cars, gadgets, ruthless villians and breathtaking action sequences.

Some reports also suggest that the two hour forty three minute long movie, could also be the first pandemic-ero movie that could cross the $100 million mark on its debut.

Whatever the opening for the movie on the coming weekend is, the anticipation is extremely high, and movie is all set to be a down-to-the- wire thriller, that could be the
perfect farewell for Daniel Craig from the franchise.