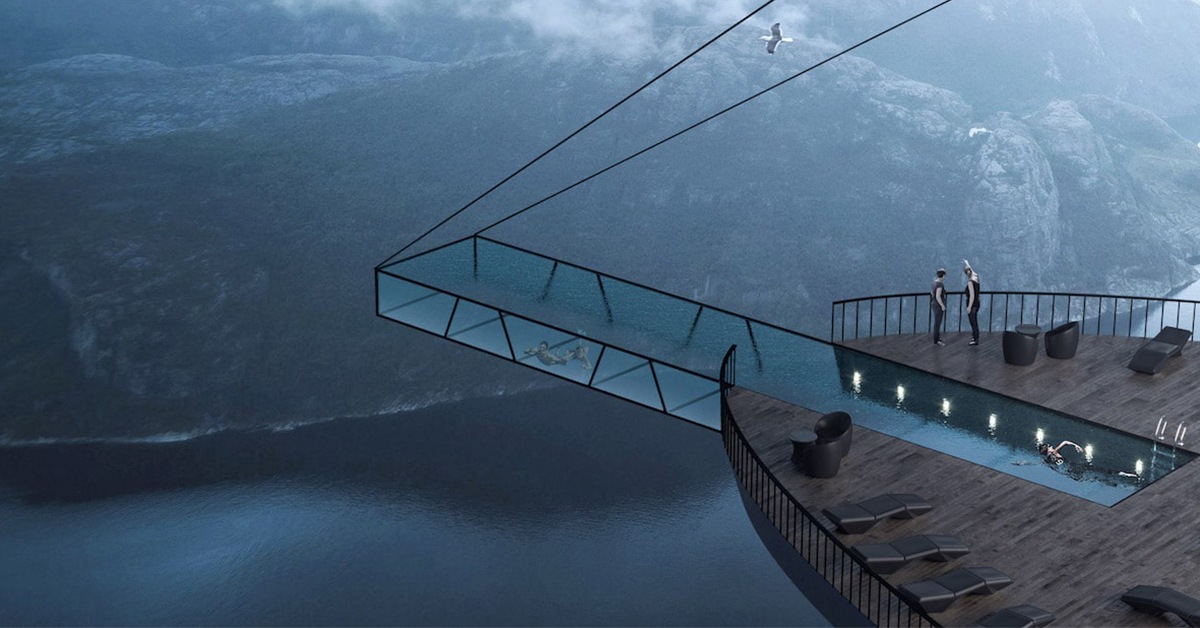 A gravity defying hotel has been designed by a Turkish Architest where he plans to build the hotel on a cliff’s edge measured at 1,982 foot. But this is not the main catch of the hotel! The hotel is going to have a glass-bottomed swimming pool, which will be suspended in mid-air.

The hotel is defintely something that all adventure seekers would love to visit. The hotel plans to be built Preikestolen, a cliff in southern Norway. With the news of the hotel becoming public, it has made the cliff a popular tourist attraction.

The proposed hotel is designed by Hayri Atak Studio, will have a pool that protudes out from the side of the cliff is still to get planning permission, but once it does, it will have a view of the Lysefjorden fjord.

The hotel is not for the weak of hearts, since the hotel is set to have at least three floors with guest rooms taht will have balconies juting out.

The swimming pool is planned to be built under there three floors, with the plan to give the swimmers in the pool an eye opening drop under the pool.

However, if you think this is the first pool of its kind, you stand corrected. In June 2021, a design for an infinity pool on top of a London skyscrapper were revealed. This pool is to be placed on top of a 55-storey luxury hotel.