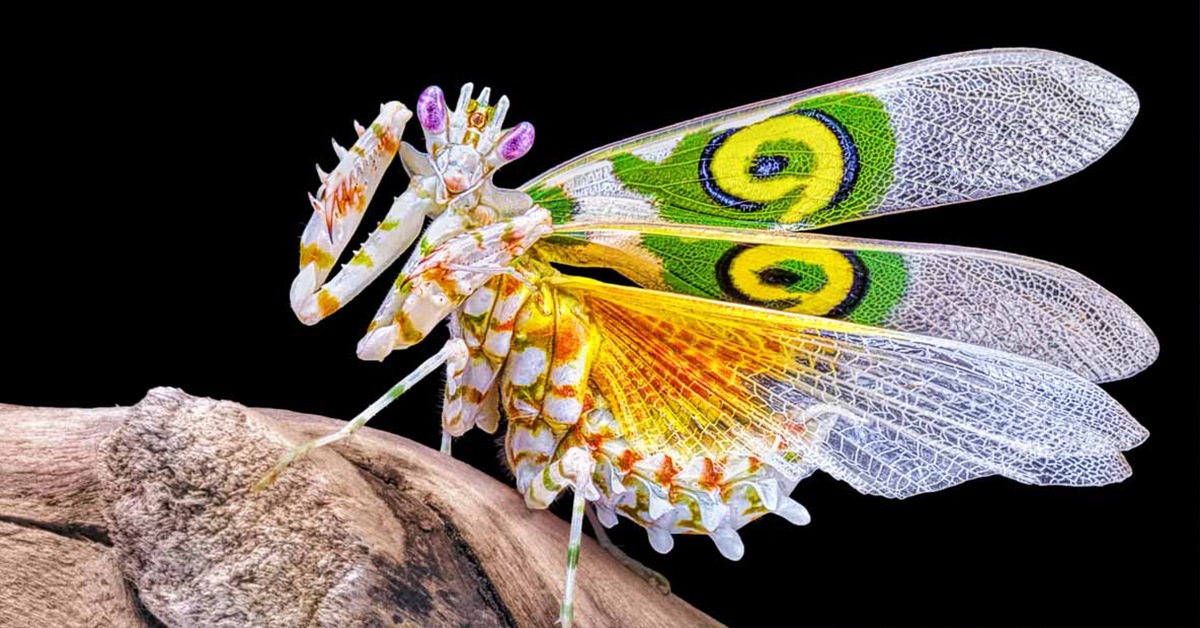 Margaret Neville, a woman who lives in South Africa made an amazing discovery in her garden on one September afternoon. While she was looking at her lavender bushes, she found an ever so beautiful ‘flower mantis’, that used its floral appearance as camouflage. The mantis found by this female had a large swirl pattern on its back, while protrusions on its legs that looked like lavender budgs.

Margaret was so surprised on finding the specie, that she even named it “Miss Frilly Pants”.

Since the picture of the mantis went viral, it has been spotted in picture at a lot of places, including waterfall retreats & environmental center Facebook page.

With several species of mantis across the world, another type is the orchid praying mantis. The females of this specie are larger in size, brilliant in color and have legs that look like orchid petals.

With so many different species present across the globe, you can never be sure when you could be up for a surprise.