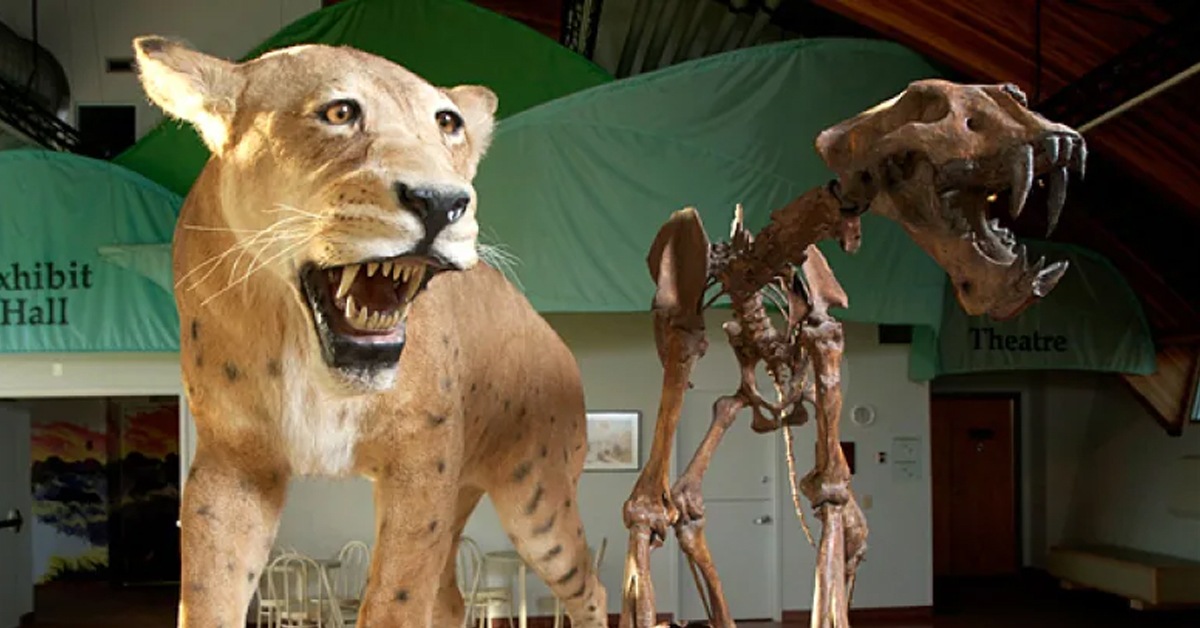 After the discovery of two rare fossils in Yukon, scientist have started to look into the mysterious history and background of a predator cat – Scimitar Cat.

With scientist constantly researching on the Scimitar Cat, it has been revealed that the cat, that is now extinct, once used to range across the Northern Hemisphere.

With over 100 year of fossil collection, around 20 fossils of the animal have been discovered Alaska or Yukon. The experts suggest that they still do not know a lot about this animal.From research, scientists have come to the conclusion that this animal was nothing less than a nightmare. The animal was a killing machine, having longer front limbs and shorter back limbs making it a great possibility that it could pounce on its prey. To top it all off, the razor sharp, large, fangs.

However, the word cat in the name shouldn’t fool you. The scitimar cat was not your avearage feline. It weight about 400 pounds. According to scientists, these cats are completely unrelated to the cats that we see nowadays.

The two fossils being discussed in the article, were found decades and continents apart. The discovery of these fossils make researchers believe that the North American & European Scimitar Cats were from the same species of the cat. This basically negates the earlier claim, where scientist thought they were different species on the two continents.