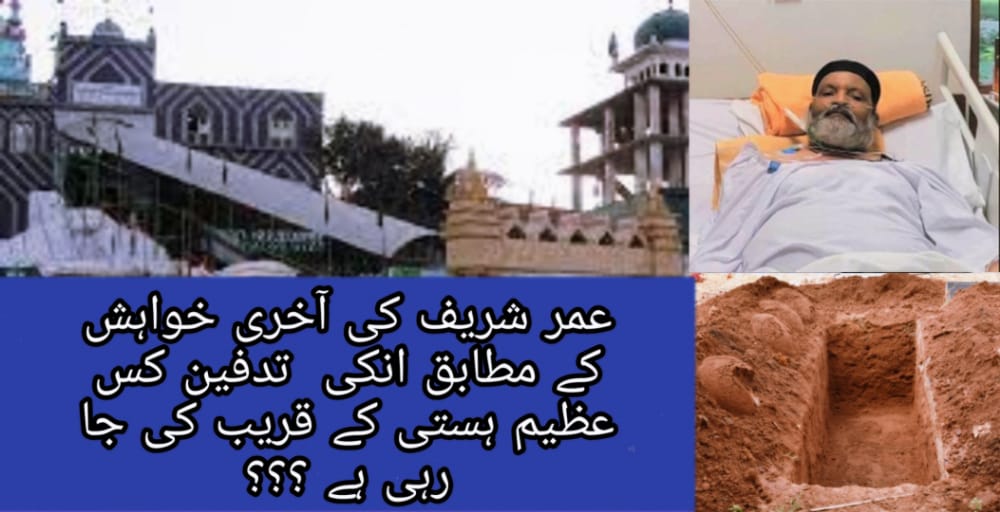 As you all know very well, the king of comedy Mr. Umer Sharif has been passed away. He had been sick for last few months and he was going to USA for his further better treatment. When air ambulance had near to Germany, his condition was very serious and the staff planned to take off to Germany for his First Aid.

Where he had diagnosed pneumonia and then the doctors of Germany were advised to stay here for some days to recover, but fate had something else in mind and he passed away. Govt. officials are trying to get his body from Germany to Pakistan and due to holidays paper work will start form Monday onward.

After this unfortunate incident, his son discloses Mr. Umer’s (late) last wishes for his funeral. He tells media that Mr. Umer wanted to bury at the shrine of Famous Pakistani Saint Sir Abdullah Shah Ghazi.
His son requested Govt. officials to arrange the funeral ceremony according to Mr. Umer’s last wish.

After very long discussions, finally Govt. of Sindh agreed to fulfil Mr. Umer’s last wish and started the arrangements of his last journey.