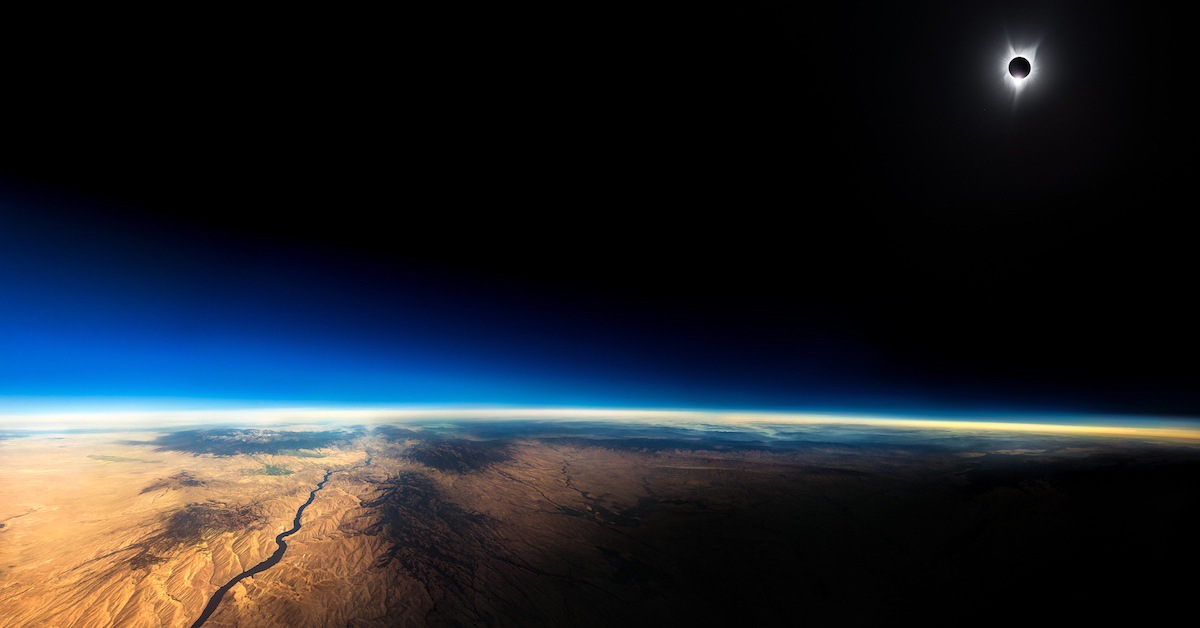 Back in 2017, over 2 million to 7.4 million Americans traveled to see the amazing spectacle of the first solar eclipse in 99 years.

With the normal people choosing to travel on ground, photographer Job Carmichael found an airbound way. He took a flight with Southwest Airlines and captured the which is perhaps the best picture in the history of eclipses, from an altitude of 39,000 feet (11,890 meters). As a result, the picture he took was like none taken before.

With over 1200 pictures taken in two minutes, the photographer was able to take a perfect shot of the eclipse over Snake River. It took him over 365 days to process the pictures in a humongous mosaic of pictures which he titled 108. He has even put limited editions of the picture up for sales on his own website.

Carmichael claims that this was the most complex photography project he had taken in his entire career as it took hundred of hours of hard work.

The crew on-board the Southwest Airlines also played a vital role when they found about Carmichael’s mission. They teamed up together & they ensure that the windows from which Carmichael would take a shot was spotless.

The breathtaking picture of the eclipse clearly shows how much effort went into it.